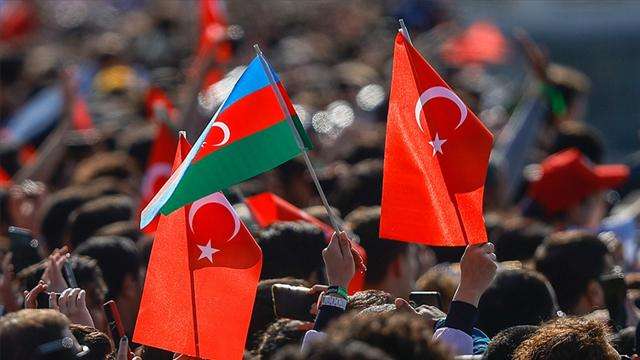 On July 9, Turkish Defense Minister Hulusi Akar gave an interview to the Turkish “Haber Global” news agency, in which he addressed the military component of Turkey’s regional policy, making important details and emphasis.

Thus, referring to the Turkish-Azerbaijani strategic cooperation, Akar noted: “Azerbaijan is our brother. Let no one be in doubt about this. We are really one nation, two states. Especially after the successful 44-day operation, we became one whole with our Azerbaijani brothers. For years, we have felt the pain and suffering of our Azerbaijani brothers, the Turks of Azerbaijan. For 30 years, the so-called peace propagators, the OSCE Minsk Group, did nothing. More than one million refugees, 20% occupied homeland, Khojaly massacre and the whole world didn’t blink an eye.”

Then, the Minister of Defense of Turkey referred to the third Artsakh war, stating that Azerbaijan had started the war. “Azerbaijan is not alone. Our brothers said “enough already” and the Azerbaijani operations began, the Azerbaijani army under the leadership of Aliyev changed those miscalculations with a great victory within 44 days. We tried to do our best in that matter within the framework of brotherhood. And we are satisfied with the result. Our relations continue within the framework of the measures taken during that operation and after it.”

Akar also referred to Armenia. “The unity of Turkey and Azerbaijan is not a threat to a third party. On the contrary, including Armenia, it is an important guarantee for the peace, stability and progress of the Caucasus. We say again that our goal is the dialogue, agreement, meetings and peaceful solution of the problems of the countries of the Caucasus, which is for everyone’s benefit.

In his speech, Akar once again emphasized the determination to carry out the military operation in Syria, stating: “We respect the borders and sovereignty of our neighbors. However, we are determined to save our people from the catastrophe of terrorism, to eliminate the nests of terrorism beyond our borders. All our actions comply with international law. The main thing for us is the safety of 85 million people. Our target is the place where the terrorist is. Under the leadership of our president, we are determined to do the right thing.”

Despite false peace-loving statements in the official rhetoric, we are witnessing a sharp increase in Turkey’s military presence in the region. “Respecting” the borders and sovereignty of its neighbors, Turkey carries out successive military incursions into sovereign Middle Eastern countries with internationally recognized borders, first Iraq, then Syria, creating “security zones”, in fact, conquering territories from those states.

As for the Turkish-Azerbaijani relations, their intensive development, contrary to Akar’s claims, is a serious threat to Armenia, which is clearly evidenced by the “Shushi Declaration”, the unprecedentedly frequent joint military exercises, the training of Azerbaijani officers in Turkey, etc. It is obvious that Turkey made an important contribution to Azerbaijan during the 44-day war. This was manifested primarily through the formation of “one army”, which included military supplies, the consultation of Turkish instructors and the direct participation of Turkish officers.

It is necessary to mention that both during the war and after it, the Minsk Group was actively targeted not only by Azerbaijan, but also by Turkey, being accused of inaction. Back on September 28, 2020, Erdogan announced that the Minsk Group has done everything for 30 years not to resolve the conflict. And on October 24, 2020, addressing French President Emmanuel Macron, Erdogan stated: “You are in the Minsk trio. What have you done until today? Did you save Azerbaijani lands from occupation? No. You only send weapons to Armenians and you think that you will establish peace with the weapons you send.”Even today, Turkey’s support to its “little brother” continues on the diplomatic platform, putting forward the signing of a peace treaty with Azerbaijan and the recognition of its territorial integrity as an actual prerequisite for the “without preconditions” settlement process, and exerting pressure towards the opening of the “Zangezur Corridor”. It is for this purpose that cooperation in the military sector continues, which in 2020 then it gained new momentum.

Armenian version of the article is available here.