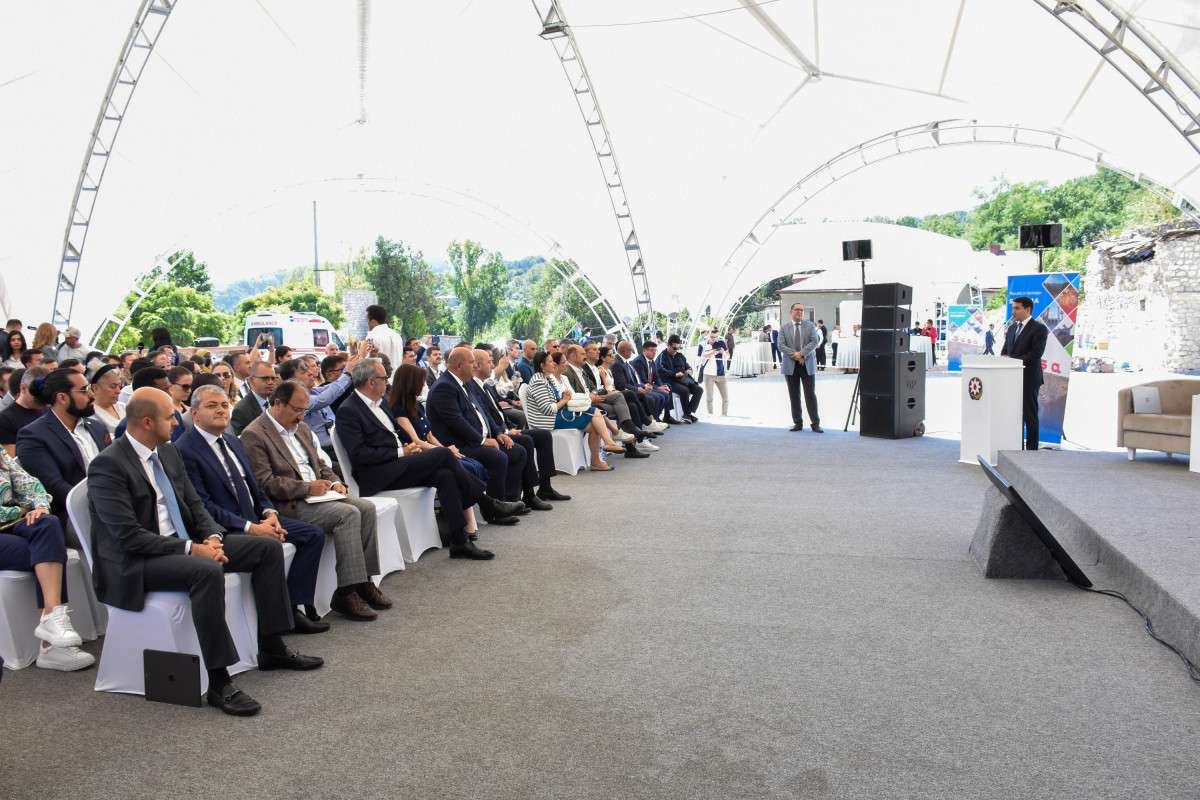 On August 27, during the international conference held in the city of Shushi, temporarily occupied by Azerbaijan, Hikmet Hajiyev, the assistant to the Azerbaijani president, announced that the US and French ambassadors to Azerbaijan were not participating in the conference, “by clearly demonstrating negligence to the invitation of Azerbaijani government.”

During his speech, Assistant to the President of Azerbaijan H. Hajiyev stated: “The ambassadors of France and the USA are not in Shushi today. They have clearly demonstrated negligence to the invitation of Azerbaijani government. We accept it as disrespect to our territorial integrity. Because according to these countries, the conflict is not over yet.”

Hajiyev noted that “truly, the city of Shushi does not need participation of namely these countries. They may come or may not. It means we will not invite them from now on. But their no-participation shows which mission was implemented by them within the framework of the 30-year negotiation process.”

“It is not clear whether they cannot digest the territorial integrity of Azerbaijan or the reconstruction and restoration works in the city of Shushi…. First of all, they must give an answer to the Azerbaijani people,” Hajiyev added.

This statement by Hajiyev caused a completely unreasonable and incomprehensible feeling of gratitude towards the USA and France among some circles in Armenian society. In the case of Minsk Group co-chair countries, which should be impartial and not openly support any of the parties and should contribute to a comprehensive solution of the conflict acceptable to each of the parties, the visit of the ambassadors of those countries to occupied Shushi at the invitation of Azerbaijan would be inadmissible. As for impartiality, more than once, the Collective West, pursuing its own interests, has supported and is still supporting Azerbaijan, and has shown double standards, both during the third Artsakh war and in the following period.

One of its manifestations was, for example, that the same French ambassador to Azerbaijan, who refused to visit occupied Shushi, gifted 130 mine detection devices to Azerbaijan on August 3 during the joint presentation of the Azerbaijan National Agency for Mine Action (ANAMA) and the French Embassy in Azerbaijan. This military assistance will most likely be used in demining the same territories of Artsakh, occupied by Azerbaijan. Back in September 2021, the French ambassador said that France is ready to provide for 400 thousand. EUR to Azerbaijan for demining the occupied territories of Artsakh.

In November 2021, the US embassy in Baku announced that the US had allocated 500,000 dollars for demining the territories damaged during the third Artsakh war.

On July 13, Jay Singh, director of the United States Agency for International Development (USAID) office in Azerbaijan, said in an interview: “We are happy that Azerbaijan returned its territories. It also makes our life interesting because we have new areas for investment”. J. Singh said that USAID has a five-year project for the Armenian territories temporarily occupied by Azerbaijan, “Support to Social Interaction”, with 15 million dollars in funding. As one of its priorities, the company also plans to provide support to the so-called “forcefully displaced” who “return home after 30 years”.

On June 20, World Refugee Day, US Ambassador to Azerbaijan Lee Litzenberger noted in his message that the United States is providing humanitarian aid to Azerbaijan for demining and to support efforts to return “forcefully displaced people” to occupied territories and to live safely in their homes.

At the level of statements, the West tries to maintain a seeming impartiality and pacifism, putting a sign of equality between the two sides, constantly repeating that it is “deeply concerned about the situation around Karabakh” and advocates peace and stability in the South Caucasus, but no practical steps which have real coercive power are taken to promote that peace.There are no preventive steps against Azerbaijan which refuses to return the Armenian POWs, as well as against the growth of anti-Armenian rhetoric and the occupation of the sovereign territory of the Republic of Armenia. Instead, for example, after the provocations unleashed by Azerbaijan on August 3, the US State Department, the EU, the OSCE and NATO rushed to call on not Azerbaijan to stop military aggression, but to both sides, which is understandable, taking into account that in the background of the Russo- Ukrainian war and the energy crisis caused as a result of it, the key importance of Azerbaijan for the EU as an alternative source of energy has increased dramatically.