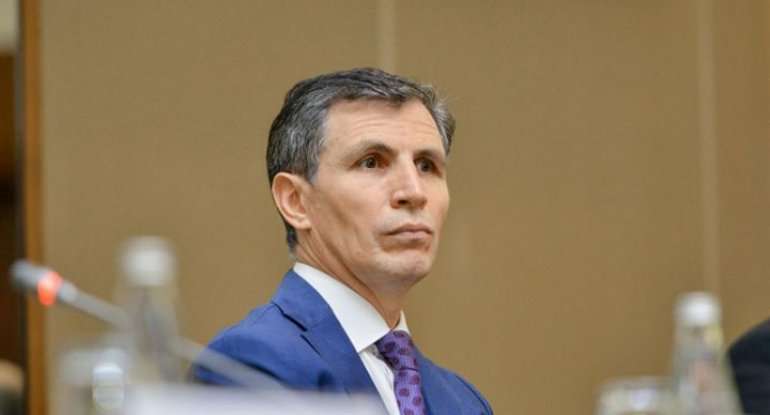 Chairman of the Human Rights Committee of the National Assembly of Azerbaijan, Zahid Oruj, announced during the session of the Parliament on December 6. “People cannot live in eternal war and enmity. We conquered Shush with war, we will conquer Yerevan with peace.”

He reminded that in his last interview, the Turkish President’s spokesman, Ibrahim Kalin, talked about repairing bridges, preparing a customs post, and having a joint meal to open the borders with Armenia, and said that the only condition of the peace treaty is tripartite meetings.

Referring to Kalin’s words and the so-called Armenian-Azerbaijani settlement process, Oruj noted: “The fact that a high-ranking official close to the leaders of the state advised Ankara and Baku to enter into direct contacts with Yerevan is the only way to thwart the mediators’ plans. After the victory, the negotiations in Moscow, Brussels, Sochi, and Prague showed that the mediators do not need peace, but supremacy in the Caucasus. Therefore, taking Armenia out of the hands of Iran, Russia, France, and America is as important a task as liberating Shushi.

“Don’t be surprised if one day Joseph Biden and Ibrahim Raisi meet and talk about mediation in Karabakh. The call for the independence of Karabakh by NATO members, who have allocated 93 billion euros of weapons and financial aid for the defense of Ukrainian lands and demand the return of Crimea, is an insult to territorial integrity and international law. Looking at them, Pashinyan looks like the leader of a friendly country. He has been taking revenge on our people for 4 years against the former presidents and is ashamed of the occupation, protesting that the second state adventure will mean “Armenia without Armenians”. Fair and never-before-seen statements about Azerbaijan are being made in the Yerevan parliament. For example, it is enough to remind us that “the international community will not help us, we must not repeat the mistakes of 2020, we must lower the bar on the Karabakh issue, otherwise, they ask us not to place our hopes on them… We must convince the state that buys missiles from India that they can be saved not by strategic weapons, but by the guarantees of Azerbaijan and Turkey.

… In short, the cities closer and safer than Prague or Sochi are Baku, Yerevan, and Ankara. The only way out is Erdogan’s and Aliyev’s meetings with Pashinyan in the capitals of the three countries,” Oruj said in his speech.

In his speech, the Azerbaijani official “reveals” the main goal of the theatrical performance called “peace negotiations” – to conquer Armenia as a whole, including Yerevan, under the guise of pacifism and eliminate the Armenian political factor in the region. This is the long-standing dream of the Turkish-Azerbaijani tandem, which back in 1920, during the Armenian-Turkish war, Turkish Foreign Minister Ahmed Muhtar telegraphed to the commander of the Eastern Front, Kazim Karabekir Pasha. “… Armenia must be politically and materially eliminated from the middle. … The above-mentioned goal must be implemented in a disguised and soft way both in the text of the peace agreement and in the actions arising from it, under the condition of always appearing peace-loving in the eyes of Armenians.” As we can see, time passes, but the dream of the Turkish-Azerbaijani tandem, and most importantly, the means to achieve that dream, do not change.

Most of the speech, like Turkish-Azerbaijani efforts in general recently, is dedicated to the need for direct Armenian-Azerbaijani negotiations without intermediaries. In general, recently, especially Turkish officials, represented by the president and the foreign minister, insist on conducting the negotiations not in third countries, but in Ankara or Yerevan. Enemies are aware that if no intermediary countries are pursuing their interests in this region, whose interests are often contrary to Turkish-Azerbaijani interests, then in the case of the current anti-national authorities, there will be no obstacles to the conclusion of the “peace treaty” signaling a second capitulation for Armenia. It is no coincidence that the enemy considers the de-facto Prime Minister of RA as the leader of a “friendly country” who is solving “revenge of their people”.

An attempt is being made to convince the Armenian people that they have no alternative but to put up with the present and future disasters, otherwise they are threatened by the prospect of “Armenia without Armenians”. And therefore, the acquisition of weapons does not make any sense, because the only “salvation” is the guarantees of Turkey and Azerbaijan.