“No citizen of Armenia should stay in Karabakh”. G. Hasanguliyev 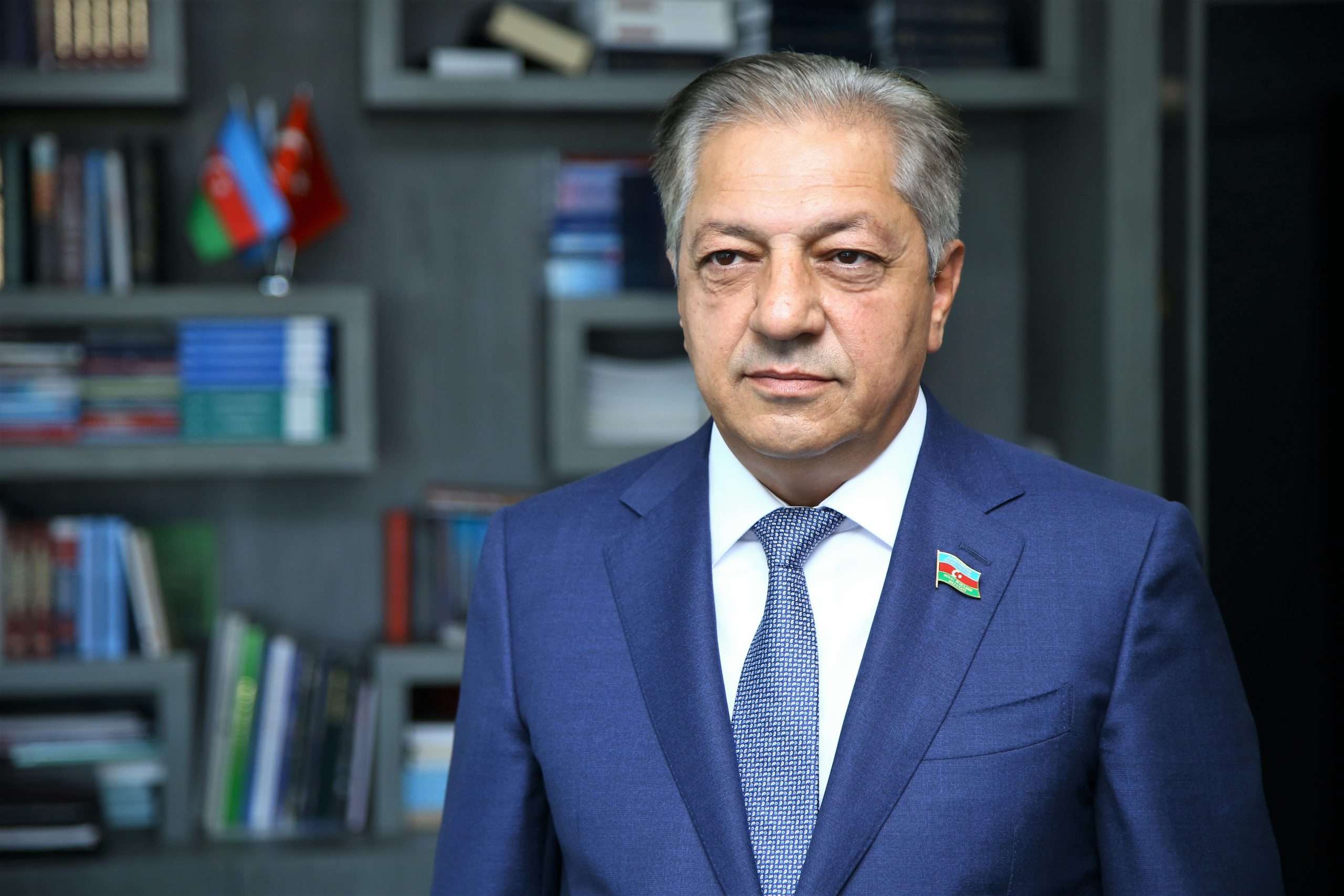 On October 8, the chairman of the “United Azerbaijan People’s Front” party, member of the Parliament of Azerbaijan Gudrat Hasanguliyev, and deputy Javanshir Feyziyev made a statement about the results of the meeting in Prague.

G. Hasanguliyev said: “The statement made as a result of the Prague meeting is another diplomatic success of Azerbaijan. In case of avoiding the current agreement, Armenia will give Azerbaijan the opportunity to make tougher decisions to ensure its territorial integrity and sovereignty. Armenia must fulfill its obligations, it must open the Zangezur corridor, and not a single soldier or citizen of Armenia should remain in Karabakh. Azerbaijan should give Armenia time the opening the Zangezur Corridor, informing Russia about it as an intermediary country. If Armenia does not take appropriate steps before the end of time, the Lachin Corridor should be closed, and an anti-terrorist operation should be implemented in the Armenian-inhabited areas of Karabakh. The points of the joint statement signed on November 10, 2020, which correspond to the interests of Armenians, should not be implemented immediately, while others should not be implemented. Azerbaijani officials should openly talk about it, and warn the international community and supporters of Armenians in advance. Otherwise, I say with certainty that meaningless negotiations will be prolonged until a favorable geopolitical situation for them emerges.”

First, this statement refutes the thesis, which is spread by Russophobic circles inside Armenia, saying that it is beneficial for Azerbaijan to sign an agreement with the mediation of Russia. Then, once again, the term “Zangezur Corridor” is emphasized, which shows that the main goal of the Azerbaijani side is not to get a road through the sovereign territory of Armenia, but to occupy that sovereign territory and thereby establish a connection to Nakhichevan. And for this, the Azerbaijani side is ready to apply pressure on the de facto Armenian side with various levers, including at the cost of cutting off Artsakh from mother Armenia and subjecting the people of Artsakh to ethnic cleansing, which the Azerbaijani side calls “anti-terrorist cries”. This scenario is, of course, inevitable under the RA de facto authorities, but the more they try to delay, the faster it will come to life. And in the event of the disintegration of the Artsakh Armed Forces, the population will naturally remain unprotected and will have to leave Artsakh.

According to the same logic, the statement of Javanshir Feyziyev, a member of the Parliament of Azerbaijan, states: “The meeting held in Prague between the leaders of Armenia and Azerbaijan was rightly considered as a continuation of the previous meetings held in Brussels with the mediation of Charles Michel. Meetings held in such a format are characterized by positive dynamics. The statement signed between Azerbaijan and Armenia in Prague prevents both ruling and opposition Armenian politicians from making unreasonable statements and conditions. In its statements, the political leadership of Armenia often tries to link the achievement of peace with the rights or “status” of the Armenians living in Karabakh, thereby trying to slow down the process. Armenia’s recognition of Azerbaijan’s territorial integrity and sovereignty already prevents the imposition of such conditions and actually forces Armenia to conclude peace on the basis of the five well-known principles put forward by Azerbaijan. In the next stage, the signing of the peace treaty, the adjustment of the borders, and the opening of the Zangezur corridor will be carried out bilaterally, based on the plans defining concrete actions reached between Armenia and Azerbaijan.”

Then, the deputy added: “The participation of the French president in the Prague meeting was in the interests of Pashinyan, and thus Pashinyan sought to reduce or completely eliminate the pressure on him within the country. Following the passivity of the Armenian society after the meeting in Prague, we can conclude that it was a well-calculated move by Pashinyan. However, the purpose of President Emmanuel Macron’s participation was not only to protect Pashinyan from the opposition but also to get Azerbaijan’s consent to introduce an international observation mission to the region.” 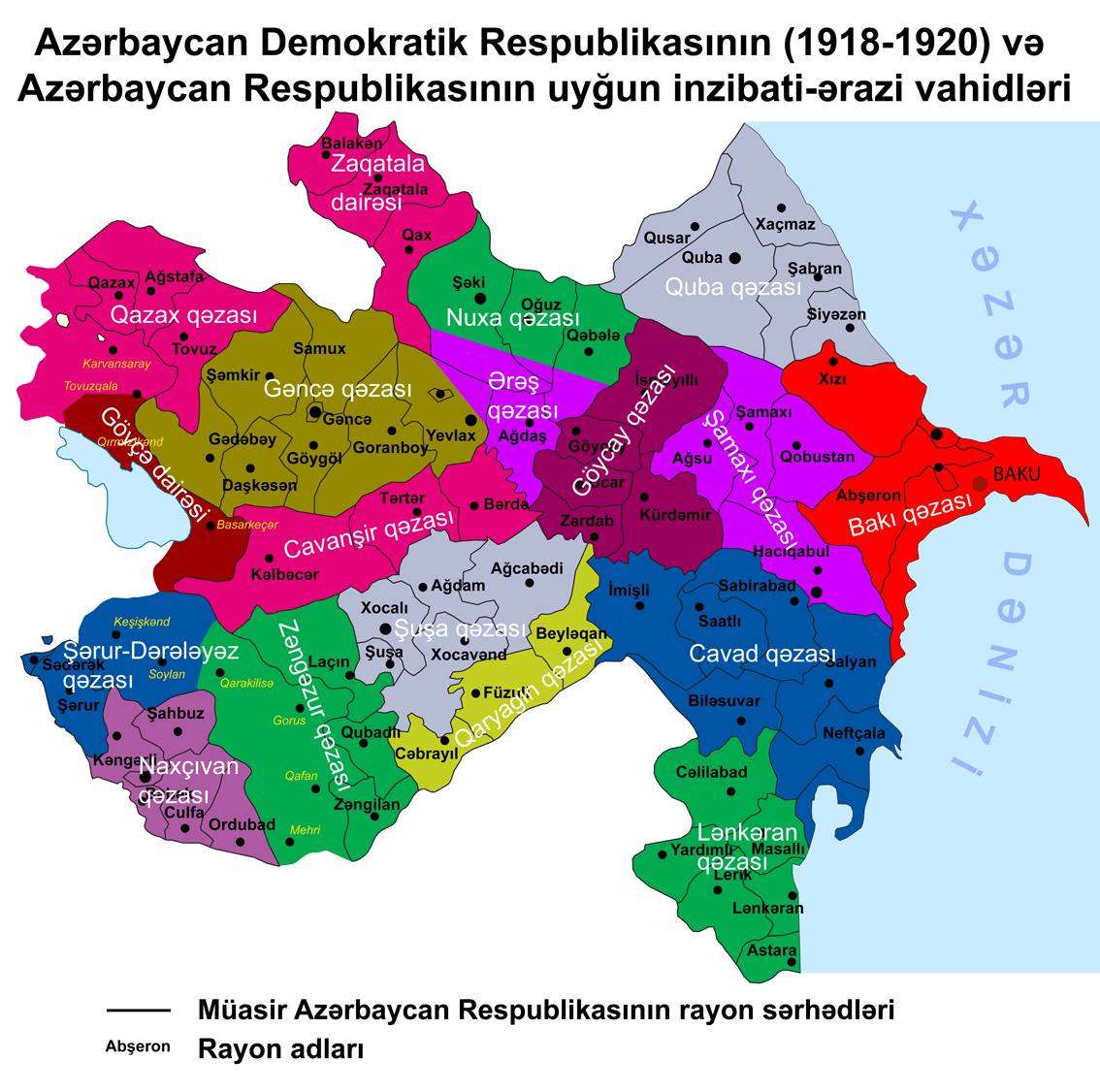 Let’s leave aside the fact that this map cannot be considered reliable because it shows the territories that were already considered disputed within Azerbaijan: Artsakh, Nakhichevan, and Zangezur. The question arises: why did the Azerbaijani side not refer to the domestic law before? And the answer is obvious. because previously the authorities of Armenia could bring as a counter-argument the decision “On the reunification of the Armenian SSR and Nagorno-Karabakh” adopted on December 1, 1989, as a weighty domestic document. However, in the case of the current de-facto authorities, such a way of working is quite common, because the de-facto junta is a servant of Turkish-Azerbaijani interests in Armenia.