“Lachin and Zangezur corridors should have the same status” 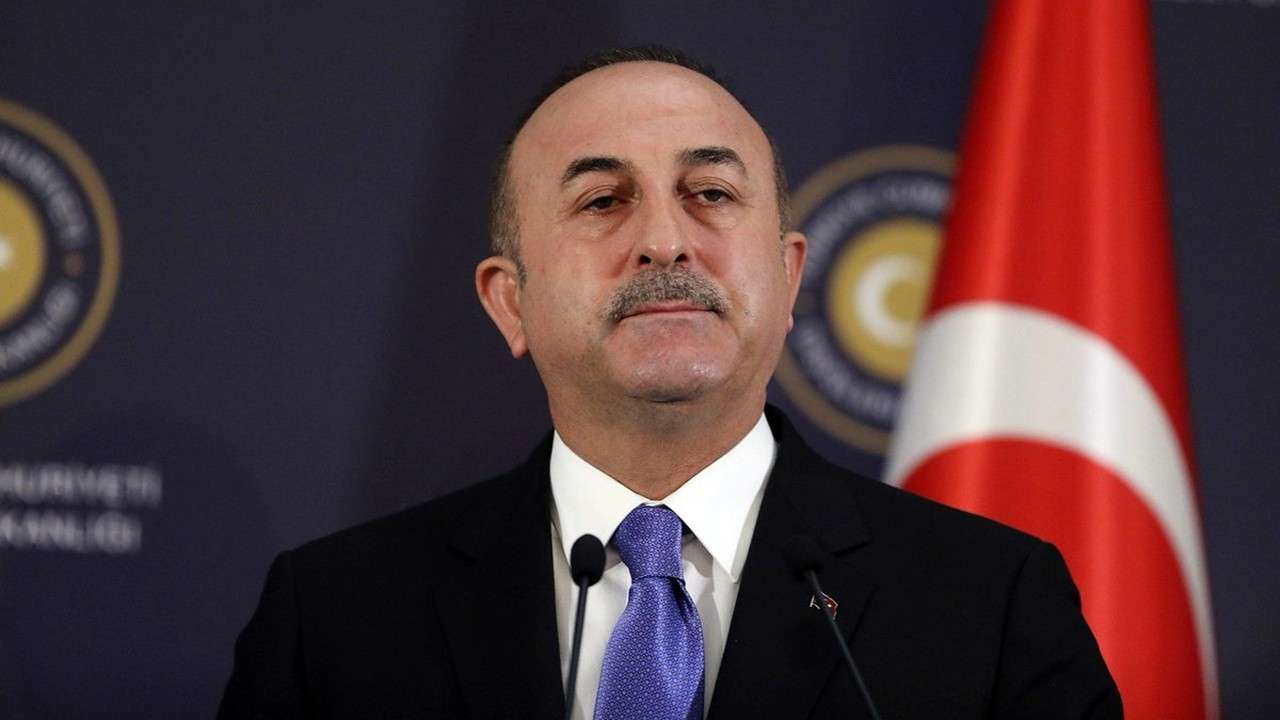 On October 17, Turkish Foreign Minister Mevlüt Çavuşoğlu also referred to the Armenian-Turkish and Armenian-Azerbaijani settlement processes during his speech during the extraordinary meeting of foreign ministers of the Organization of Turkic States. “Armenian Wave” presents the main points of Çavuşoğlu’s speech:

⦁ Although late, we see that Armenia gave a positive response to Azerbaijan’s proposal to sign a comprehensive peace treaty.

⦁ Azerbaijan says that the Lachin Corridor and the so-called “Zangezur Corridor” should have the same status.

⦁ Any positive step between Armenia and Azerbaijan will also contribute to our Armenia-Turkey relations.

⦁ Çavuşoğlu reaffirmed that an agreement was reached in Prague on holding the meetings of the special representatives in Armenia or Turkey.

⦁ During the meeting in Prague, Pashinyan made some proposals.

⦁ Turkey is ready to meet on any platform.

⦁ Some groups do not want peace between Azerbaijan, Turkey, and Armenia, a part of the

Armenian diaspora. On the one hand, their voice is heard a lot, on the other hand, they show an aggressive position.

⦁ The purpose of holding the quadrilateral meeting in Prague was to put pressure on Azerbaijan.

⦁ However, there are no more all-accepting Azerbaijan, Turkey, and the Turkic world.

⦁ The Armenian-Turkish settlement process is carried out in coordination with Armenia and Azerbaijan.

While the de facto authorities of the Republic of Armenia are trying hard to convince that no corridor will pass through the territory of Armenia and that the road that will connect Azerbaijan with Nakhichevan will not be a corridor logic, and the only corridor in the territory of the Republic of Armenia is the Lachin Corridor, it becomes clear that Azerbaijan not only is trying to achieve the opening of the so-called “Zangezur Corridor” through the threat and practical use of force but also demands that it have the same status as the Lachine Corridor. And the above-mentioned will come under the control of Azerbaijan at the beginning of 2023 after the completion of the construction of the route imposed by Azerbaijan with the light hand of the de facto administration. The town of Berdzor, and the villages of Aghavno and Sus, located near the corridor, have already surrendered to the enemy. This means that according to Azerbaijan’s demand, the control of the “Zangezur Corridor” should be carried out by the latter, while we are convinced that this “corridor” is not a corridor at all and will operate under the sovereignty of the Republic of Armenia and according to the laws of the Republic of Armenia.

On October 14, Çavuşoğlu announced that in Prague, Erdogan and Pashinyan agreed to hold the next meetings of special representatives in Turkey and Armenia to normalize relations. The de-facto Foreign Ministry of the Republic of Armenia hastened to deny this statement, declaring that “no agreement has been reached regarding the meeting of the special representatives of the Armenia-Turkey settlement process in Turkey or Armenia.” Today Cavusoglu reaffirmed his statement. it is hard to imagine that Turkey is spreading misinformation at such a high state level, at the level of the foreign minister. Most likely, this is another attempt to consistently hide the behind-the-scenes agreement reached by the de facto authorities from the Armenian audience.

It is necessary to emphasize that the Armenian side never publishes the agenda of the meeting of representatives of Armenia-Turkey or Armenia-Azerbaijan to avoid a possible protest wave. Instead, we learn about the agenda of the upcoming negotiations from Turkish and Azeri sources, as it happened in the case of the last meeting held in Prague on October 6. Judging by Çavuşoğlu’s statement regarding the “proposals made by Pashinyan”, the de facto prime minister made proposals on behalf of the Armenian people without the knowledge of the Armenian audience and made oral agreements in his characteristic style.

And, finally, the Turkish Foreign Minister once again made a statement targeting the RA diaspora, which is an integral part of the Turkish official rhetoric of the last period. All these statements sowing hostility against the diaspora are a clear hint that if there is no resistance from the diaspora and Armenian national forces, there will be no other obstacle for the so-called Armenian-Turkish and Armenian-Azerbaijani “peace”, because the de facto administration is ready to succumb to Turkish preconditions, up to the point of refusing the process of international recognition of the Armenian Genocide.