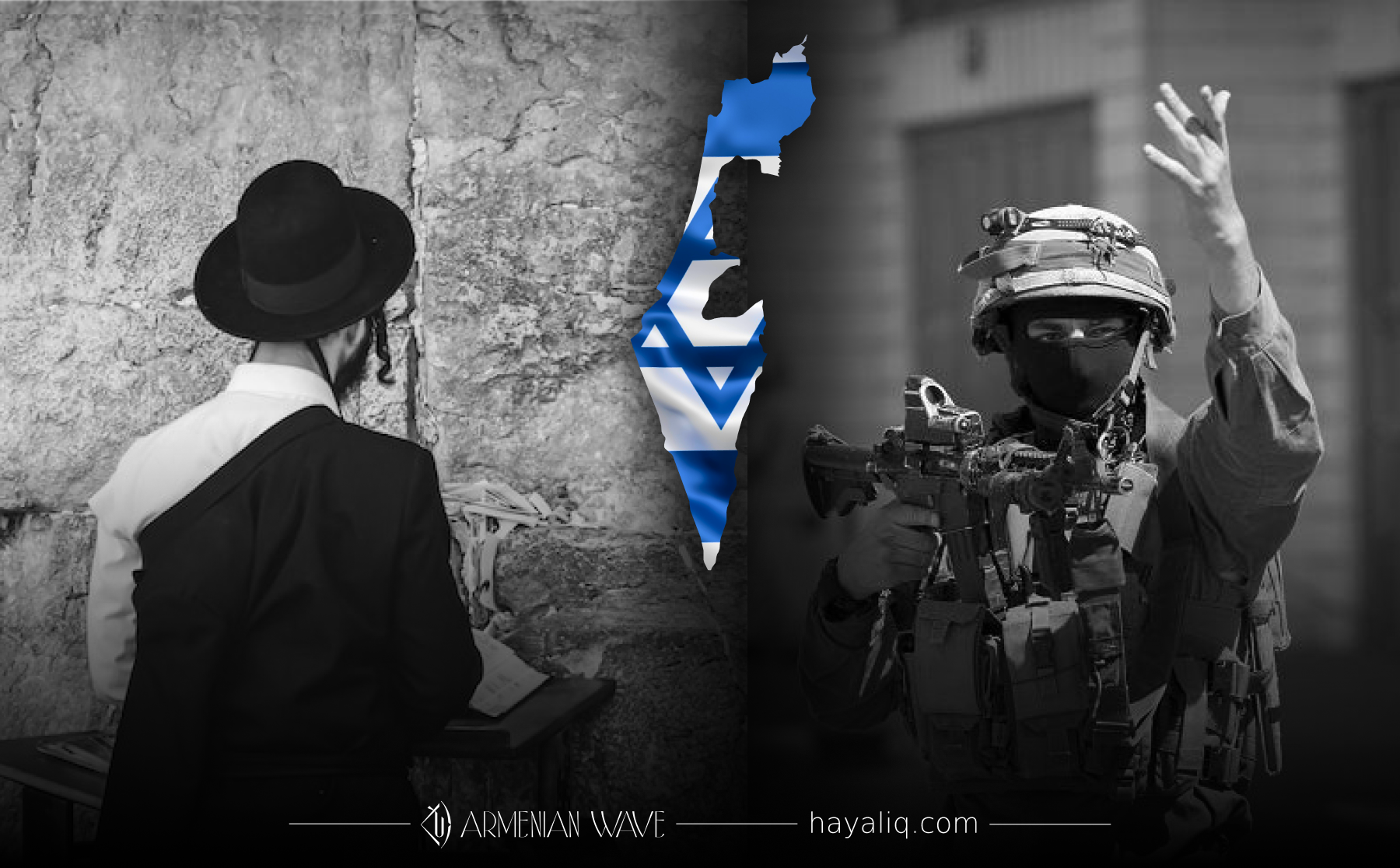 In Armenia, people often compare their fate with the history of Israel and the Jewish people. Although in reality, we are very different and the differences are more than the similarities. At the same time, several features need to be paid attention to. Those features can serve as both a lesson and a motivation for Armenia and Artsakh.

Israel’s foreign and defense policy is based on the presence of several strategic imperatives, which in turn shape future actions. First of all, it is the perception that defeat in any war can become a disaster. This implies that any conflict is evaluated as an ontological threat to security. Thus, any attack on Israel can lead to the destruction of both the state and the population. This understanding is the basis of the principle of pre-emptive strike. It allows both to disrupt the enemy’s plans and to neutralize his capabilities before the prepared attack. This approach has been adopted since the founding of the State of Israel and is still relevant today. If in the past Israel tried to deliver preemptive strikes to the positions of the Arab states that were preparing for an attack, today this approach is applied in the policy towards Iran. Thus, the threat from the Islamic Republic (nuclear and missile programs, as well as the policy of increasing influence in the region) is classified by Israel as an ontological threat. Thus, today Israel regularly attacks the territory of Syria, destroying modern weapons and positions of groups loyal to Iran, as well as on the territory of the Arab Republic. It is related to the fact that Israel views Syria as a springboard for an Iranian attack. For that very reason, to prevent the creation of that platform, Israel regularly attacks, neutralizing Iran’s capabilities.

Secondly, the Israeli concept of waging war is based on the fact that military operations must be carried out exclusively in the territory of the enemy. It is related to the fact that Israel’s territory does not have a strategic depth that would allow maneuvering. Large cities are located tens of kilometers away from the borders of Arab states. Therefore, turning Israel into a theater of military operations could be a disaster. Based on this, it is considered that the only option to survive in the struggle for survival is to conduct the war exclusively on the territory of the Arab states.

These two minimal perceptions are the basis of strategic planning. Otherwise, Israel would not have a chance to survive. It is important to note that Israel did not set before him the task of complete victory, which implies the destruction of the enemy and the latter’s capitulation. It was important for Israel to end the war in the enemy’s territory, forcing it to sit at the negotiating table. Victory in its full meaning was not possible due to the huge disparity in population, territory, and economic opportunities.

In this sense, this approach is relevant to Armenia as well. A similar asymmetry of opportunities is observed between Armenia on the one hand, and Azerbaijan and Turkey on the other. However, if in Yerevan they start from the position that in this respect we are condemned to capitulation, then as we mentioned above, the approach in Israel is completely different.

Today, after the surrender of a large part of Artsakh, several settlements in Armenia have appeared in the front zone, and the attack of Azerbaijan in September of this year showed that in case of defeat, we will not only lose territories but also lose the population, which is deliberately leaving its settlements. For this reason, it is necessary to avoid carrying out military operations in the territory of Armenia by transferring them to areas under the control of the enemy. And in this regard, it is important to take preventive measures without waiting for another attack. At the same time, it should come from strategic planning, which will also allow for a quick end to the conflict, because Armenia, like Israel in the 20th century, cannot afford a long war that will quickly lead to the depletion of resources.

Lesson 2: Modernization, Adaptation, and use of advantages

It is necessary to pay attention to the starting positions that existed at the time of the formation of the state. In 1948, the population of Israel was about 872 thousand people (about 150 thousand of them were Arabs). At the beginning of the first war, the picture of the population of the Arab countries was approximate as follows: Egypt: 19 million, Syria: 3.5 million, Jordan: 430 thousand. At first glance, this could lead to the same perception that prevails in Armenia today: resistance is hopeless. However, in this case, several opportunities can be used based on one’s advantages.

The main advantage of population disparity is the operational replenishment of combat units with experienced reservists. A vivid example of balancing such a difference was when Israel was able to mobilize about half a million troops in a matter of days, thus creating an imbalance of military personnel already in its favor. The mobilized are not the ordinary civilian population: almost all of them have completed mandatory service or have experience participating in combat operations.

At first glance, it may seem that this was impossible during the First World War. However, even at that time, the Arab countries were confronted by combat units that regularly participated in local conflicts against both Arab forces and foreigners, first of all, the British. Therefore, continuous experience is the key to success in this matter. An example of this is constant military exercises and mobilization gatherings. The latter should not be realized by the principle of gathering “all men of conscription age”, as it happens in Armenia. The main problem is to ensure that the old ones are not harmed at the expense of the new conscripts, but also to replenish the units based on the experience of each soldier.

Moreover, against the background of the constant threat from Azerbaijan, Armenia has an advantage in the form of operational replenishment and the possibility of sending soldiers to the front line. In this regard, the advantage is the operativeness itself. Azerbaijan has the possibility of replenishment of reserve forces, but they are located geographically far from each other. Therefore, we can quickly, albeit temporarily, provide a qualitative and quantitative advantage in our favor. These are just two of the many examples of opportunities to take advantage of.

Modernization and adaptation refer to military thought as well as to armaments and military equipment. Armenia was preparing for a traditional war, not paying attention to the changes in military thought and strategy everywhere. However, even this requires adaptation to Armenian realities: capabilities, opportunities, terrain, etc. For example, the change in the command system will allow to ensure horizontal connections between different types of troops and make operational decisions on the battlefield.

As far as weapons and military equipment are concerned, Israel has adapted everything to its needs, and in the future, it has embarked on the creation of its weapons based on necessity. And the main priority behind all this is to save the soldier’s life. Considering the limited human resources, each soldier’s life has a high price. That is why the main priority during the creation of tanks and armored vehicles is safety. Moreover, the equipment is regularly updated, and an active search for new solutions is underway, which will allow performing combat tasks promptly, consuming minimal resources. That is why Israeli manufacturers have a wide range of UAVs, which are regularly updated.

No weapon completely guarantees victory on the battlefield. In this regard, it is necessary to use all available means. Armenia has an advantage in this respect, which is not being used. It is about our allies. For example, the lack of modern means of intelligence (space) can be compensated by regular coordination and work with allies or partner countries.