Is there a future? - ARMENIAN WAVE
Essay

Is there a future? 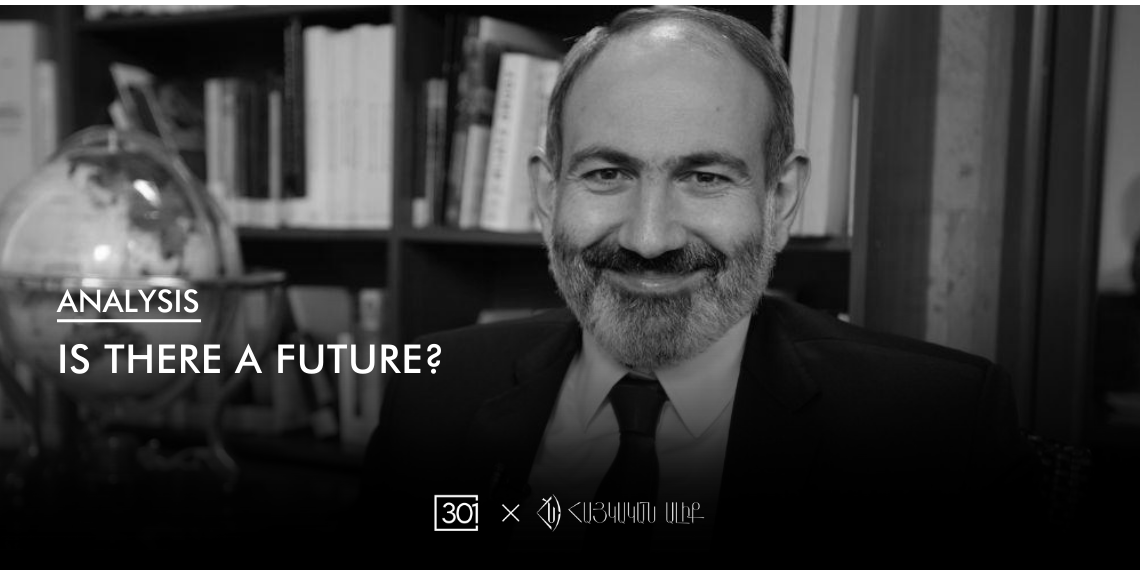 Article translation & cover design provided by our partners at 301.am. Click to view the article in Armenian.

Over a year ago, on June 20, snap parliamentary elections were held in Armenia, in which the de facto authorities received 688,671 votes, totaling about 53.1% of the total vote. With an overwhelming majority in parliament and 71 mandates, the de facto ruling faction acquired authoritarian power. It’s evident that participating in the elections provided a form of legitimacy to the de facto regime who lost a war and led a country to its defeat. Receiving that “steel mandate” that’s been talked about greatly, the de facto regime believes that they are authorized to do anything arbitrarily under a veil of false legitimacy. And at every opportunity, the de facto authorities drum at everyone, claiming that they have the mandate from the people. But did the people give the mandate to the de facto regime to not ensure the country’s external security, hand over Artsakh to Azerbaijan, and to constantly trample on the rights of the Armenian people. Judging by the election program of the “Civil Contract” Party presented to the people a year ago, not at all.

Taking into account the signals and statements voiced by a number of human rights defenders, it can be concluded that the authorities’ ideas about an “independent and fair judge” differ from the classic ones. It could be stated that the sphere of justice is one of the primary targets of the de facto authorities. One of the most striking examples of this is the prosecution and detainment of judge Boris Bakhshiyan of the Court of General Jurisdiction in Armenia’s Syunik Province, which began on February 1, 2022. Regarding the case, the judge’s attorney had appealed to the former Human Rights Defender of the Republic of Armenia, Arman Tatoyan. The decision to detain the judge was illegal because the judge acted within the scope of his powers. Moreover,  Bakhshiyan’s lawyers have denounced his arrest as government retribution for his January 26 decision to free Ashot Minasyan (Ashot Yerkat), a prominent war veteran and opposition activist. This becomes a clear signal addressed to judges who will try to challenge the de facto authorities.

This principle is one of the most one-sided principles in force in the Republic of Armenia. Now let’s explain what we mean by one-sided. If the de facto authorities find individuals in the opposition whose activities can be limited by the application of this principle, then this is quite effective. Clear evidence of this is the well known article 137.1 of the Criminal Code, also known as the “Article on Heavy Insult to Other Person.” According to this ill-fated article, numerous members of the opposition and ordinary citizens supportive of the opposition have been persecuted. Besides the fact that this is nothing but a limit of people’s freedom of speech similar to extremely dictatorial regimes, the article is inherently unconstitutional and has many open and contested sides, as numerous human rights activists have stated. Thus, the de facto authorities, saying that they would continue to improve legislation to combat violence, hatred, hostility, probably meant this article, which was adopted without delay after receiving the “steel mandate” following the elections. Otherwise, hatred and intolerance should have been eliminated long ago on social media and beyond, especially against the people of Artsakh, the Artsakh flag, and the opposition. However, such cases strangely remain out of the attention of the ruling power and human rights advocates. And when even those who took the hypocratic oath show professional dishonesty and do not provide adequate medical care to a war veteran who is handicap and supports the opposition, then this is nothing but discrimination. Therefore, we can confidently state that pluralism is not encouraged in Armenia today.

Experience shows that the de facto authorities’ attention is focused only on the suppression of dissidents and citizens that support the opposition through the law enforcement system and the use of violence against the latter. The use of excessive force by the police during the demonstrations of the opposition’s movement taking place in the last month and a half is direct proof of this. Both from the videos distributed on the internet and from the complaints of human rights defenders, it is obvious that the police used disproportionately large force, causing serious bodily injuries to citizens. Let’s add that the Resistance Movement representative Ishkhan Saghatelyan stated on June 5 that there are currently 50 political prisoners in Armenia. Therefore, it is safe to say that dissidents in Armenia are subject to political persecution and torture.

Armenia has virtually ceased to be the guarantor of Artsakh’s security, since its own security cannot be guaranteed. Since May 12, 2021, Azerbaijani troops have invaded the sovereign territory of the Republic of Armenia and still continue to illegally occupy at least 41 square kilometers of the sovereign territory of the Republic of Armenia, while the de facto authorities of the Republic of Armenia appeal to the international community or refer to erroneous articles when contacting the CSTO. There is also no element of ensuring military security. During this year and a half following the war, there has been no conscription in Artsakh at all and the Artsakh Defense Army has not been strengthened. The only aid the de facto authorities provided was the provision of certain financial resources and the construction of houses.

The de facto RA Prime Minister said the following on June 6, 2021. And just a day later, during his election campaign in Armavir, the prime minister made a statement, in which he made clear that the de facto authorities are in no hurry to work on the return of Armenian prisoners of war. The following was said in particular, “And yes, they will forgive us for remaining in captivity for another month or two…” Keep in mind that the immediate return of prisoners is one of the points of the aforementioned agreement of November 9, and Azerbaijan has not actually fulfilled its obligation under this point. In addition, the Armenian side has not been consistent in its efforts. On May 26, nearly a year later, in an interview with “Sputnik Armenia,” human rights activist Siranush Sahakyan addressed the issue of the Armenian prisoners of war and confirmed these sentiments. Sahakyan noted, “According to the data available to us, clarified and based on evidence, another 80 people were captured, and they should be returned to their homeland alive. Naturally, there is some uncertainty in their fate, since months or years have passed, but the fact of captivity is beyond doubt. Therefore, the number of 39 prisoners of war is extremely underestimated, and the actual number of prisoners is 119. We are talking about prisoners during and after the 44-day war.” Instead, the de facto authorities are spreading the Azerbaijani narrative that the Armenian side has 39 prisoners in Baku prisons.

Through these examples, we see that in the last year, we have had no substantive results in solving some of the most critical problems. In particular, in addition to no positive developments in the judicial and legal system and in the settlement of the Artsakh problem, a huge regression has been recorded, if this situation can be referred to that. The society is polarized and the people are being persecuted for supporting the opposition and expressing their political views.The de facto authorities of Armenia themselves claimed a year ago that “the people of Artsakh cannot exist under the leadership of Azerbaijan.” However, one year later, we are witnessing the gradual process of the surrender of Artsakh.

As a result, we must draw two important conclusions from all of this: